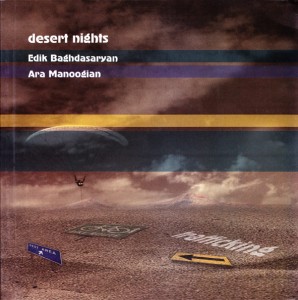 Together with the Hetq Investigative Journalists of Armenia, SNFF set out in 2004 to fight human trafficking in Dubai, where numerous Armenian children and women were forced to engage in prostitution. Exposing their lives to danger, Ara K. Manoogian, Artsakh representative of the SNFF, and Edik Baghdasaryan, editor-in-chief of Hetq, eventually succeeded in setting a number of victims of human trafficking free and preventing thousands from treading on the same path by raising awareness through Desert Nights, a widely distributed book and a documentary by the two journalists. In a report on Human Trafficking in Armenia, OSCE stated: “The most important work on human trafficking for sexual exploitation is Desert Nights, a series of articles.” As a result of the investigation, numerous cases were filed against pimps and traffickers, more than a dozen were jailed.

The investigation also implicated Rafayel Gyulnazaryan, the head of the anti-human trafficking department at the United Nations in Yerevan, as a part of the trafficking ring. With the help of the U.S. State Department, he was dismissed from his post. The evidence provided by Ara K. Manoogian and Edik Baghdasaryan about the involvement of the Armenian law-enforcement in the human trafficking network has been denied by the Armenian authorities since 2005. However, on February 18, 2011, WikiLeaks released cables of the U.S. Embassy to Armenia, dating back to 2006, which proved the evidence. To learn more details about the investigation, click here. Below is a series of raw video clips (some candidly) recorded during the investigation in Dubai.

Click here to order a copy of DESERT NIGHTS, the book and/or the DVD with a donation of $25